Imagine watching trees sway in the park, dogs chase balls, or kids play soccer. On our screens we can see augmented environments on top of the real world around us. You might see a pterodactyl flying in the trees, the dogs interacting with their digital counterparts, and the kids kicking past an alien spaceship to get a goal.

By using these digital layers, knowledge can be improved in a fun and interactive way. Immersive technologies such as augmented and virtual reality can be essential for citizen engagement and active participation. However, few studies have examined their validity and effectiveness. “To the best of our knowledge, the use of emerging technologies such as Augmented Reality (AR) has never been used in the framework of Circular Economy (CE) to accelerate the engagement of citizens and the wider public.”, says the researcher Dr. Tina Katika.

In a new study published at Circular Economy and Sustainability, Dr. Tina and her associates successfully demonstrated AR use for engaging citizens on the topic of the circular economy. To do that, they gathered the response of 127 citizens of the municipality of Karditsa, Greece. All participants of the municipality viewed the demo of the AR application and answered questions in a survey. In parallel, 101 valid responses were collected via a web survey addressed to the general population outside the municipality.

These questions were used to test the validity and reliability of the tool for engaging its users on the topic of a circular economy. They were evaluated with six attributes (perceived usability, aesthetics, novelty, felt involvement, focused attention, and endurability), all assessing their overall user engagement.

Participants with low circular economy literacy, or those without much knowledge of the topic before using the app, were more likely to be engaged by the AR tool. General public exposure to CE principles is relatively low and new, which increases the tool’s relevance. Having the capacity to influence citizens with low knowledge about CE is of high importance since it shows the tool’s capacity to foster citizen engagement in unfamiliar matters, which is a prerequisite for easy adoption.

“The AR app demonstrated engagement in an inclusive and accessible manner, removing social and economic barriers, such as age, gender, educational level, and tech-savviness.” – Tina Katika

For progress towards sustainable living to be effective, citizens in all of their diversity need to be tightly engaged. To promote citizen engagement, it is imperative to have productive dialogues that reflect the needs of a city and allow citizens to weigh ideas and construct a shared understanding of potential opportunities.

The study found that augmented reality tools were able to increase social inclusion and community cohesion and educate the public about the benefits of circular economies. Participants who were not familiar with the concept of CE before using the AR tool showed higher engagement levels, and its use improved their confidence and interest in CE.

Approximately 75% of all users in this survey expressed a high interest in CE after interacting with the AR engagement tool, and over 83% expressed high levels of self-efficacy and perceived learning in the same area. As Billinghurst and Duenser showed, AR might enhance traditional learning models as interactivity appears to be central to content engagement. The results are higher for less-educated users.

Moreover, the results support findings by other researchers who argued that AR could help one understand complex phenomena such as new economic models and concepts from a different perspective. They also support research findings investigating the positive impact of ICT technologies on citizen engagement.

Overall, the findings suggest that an AR app is valuable to teach complex concepts and empower competencies that are hard to attain. Digital transformation and new technologies are reshaping social relationships, connecting citizens, and facilitating knowledge exchange. They can be used as an important tool to engage in environmental transitions. 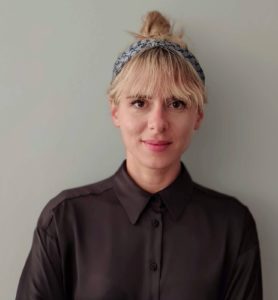 Researcher Dr. Tina Katika from The Institute of Communication and Computer Systems (ICCS) of the National Technical University of Athens (NTUA).