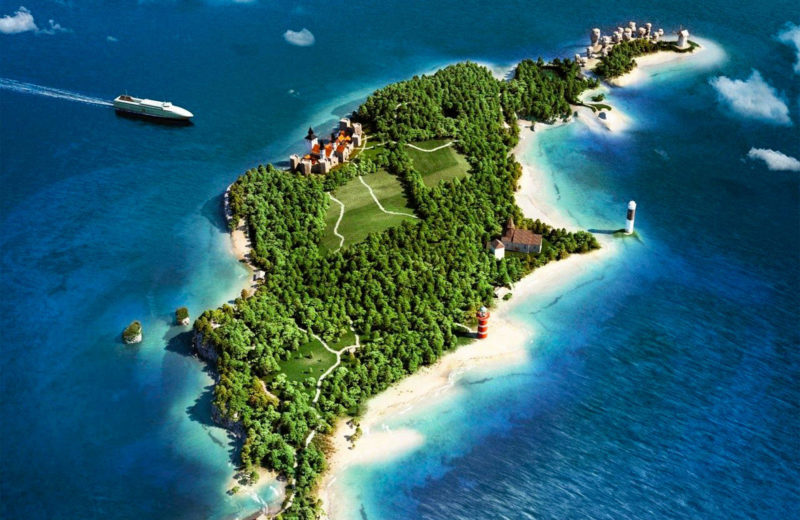 Ralegan Siddhi, a drought-prone and semi-arid village in western India’s Maharashtra state might not appear to offer many lessons for a Swedish island in the Baltic Sea. But since 1975 the village has used innovative rainwater harvesting methods to transform itself into a model of environmental conservation.

Now those same methods are being used in the Swedish island of Gotland, whose southernmost Storsudret peninsula suffers from a lack of freshwater.

“India is very good at traditional rainwater harvesting – so I brought some knowledge from India to Gotland,” said Rupali Deshmukh, a researcher and country manager of India, Business Development and Marketing at IVL Swedish Environmental Research Institute.

“Runoff is the issue in both Gotland and in Ralegan Siddhi,” she said.

Her research is using methods such as ground water ponds and check dams to slow the rate of rainwater runoff. This should allow locals to collect, sanitise and store the water for later use.

“We are implementing the traditional rainwater harvesting technologies which have been implemented in India,” she said. “We have to change this mindset that we have to bring everything from the Western world to the East.”

This is just one of many promising technologies being developed in India, she says. In another region she studied the water harvesting methods of the West Bengal region, near the Himalayas. Here the SPONGE project uses a combination of fog and dew-collecting meshes and a conventional rainwater capturing system to provide water for potato formers.

This low-tech, low cost solution is well suited for the area’s climate and traditional farming communities. “This area receives intermediate rain and the population is really poor,” she said. “Few people are educated to handle high-tech technologies.”

Whereas women in the region used to travel miles each day for ground and surface water, the technology now allows these women to gain greater independence and strength in society. In this way, she explains, the project is helping to achieve the UN’s Sustainable Development Goals (SDGs), namely SDG5 (Gender Equality) and SDG6 (Clean Water and Sanitation).

She explains the Indian government is beginning to invest heavily in technologies that fight water scarcity to improve both sanitation and to reach the country’s agricultural and industrial potential.

Although the Indian government is enthusiastic to invest in these renewable-water technologies, one remaining challenge is to change the mindset of the public about the benefits.

She explains that many in Indian society still view sanitised wastewater as unusable, and are unlikely to drink it or use it for agriculture. This means that Indian laws promoting a circular water supply will face public backlash unless people are better informed about the process.

Fortunately, her experience in Sweden has shown her that involving locals in the research and policymaking can give them a sense of ownership and increase its acceptance in society.

“Small seminars can make a big change in Indian mindset,” she says. “If they can be one of the pillars [of lawmaking], then the policy can be robust and easy to implement.”

It is this that Rupali believes that Europe can help India and other developing countries to get the most from circular water solutions. “India is ready. They have a huge budget,” she said.

Rupali is speaking at NextGen’s WaterShare webinar on 14 April, which has offered a way to share her research on circular water solutions even further. She participated in a NextGen replication potential meeting earlier this year where stakeholders from India and China met to discuss lessons from the Gotland case.

“Circular water solution is a future, if we don’t respect that, then we will definitely have to face the huge losses. “Everybody has understood that this is the future, reuse, recycle recover. If we don’t focus on these three are then we are in a big trouble.”