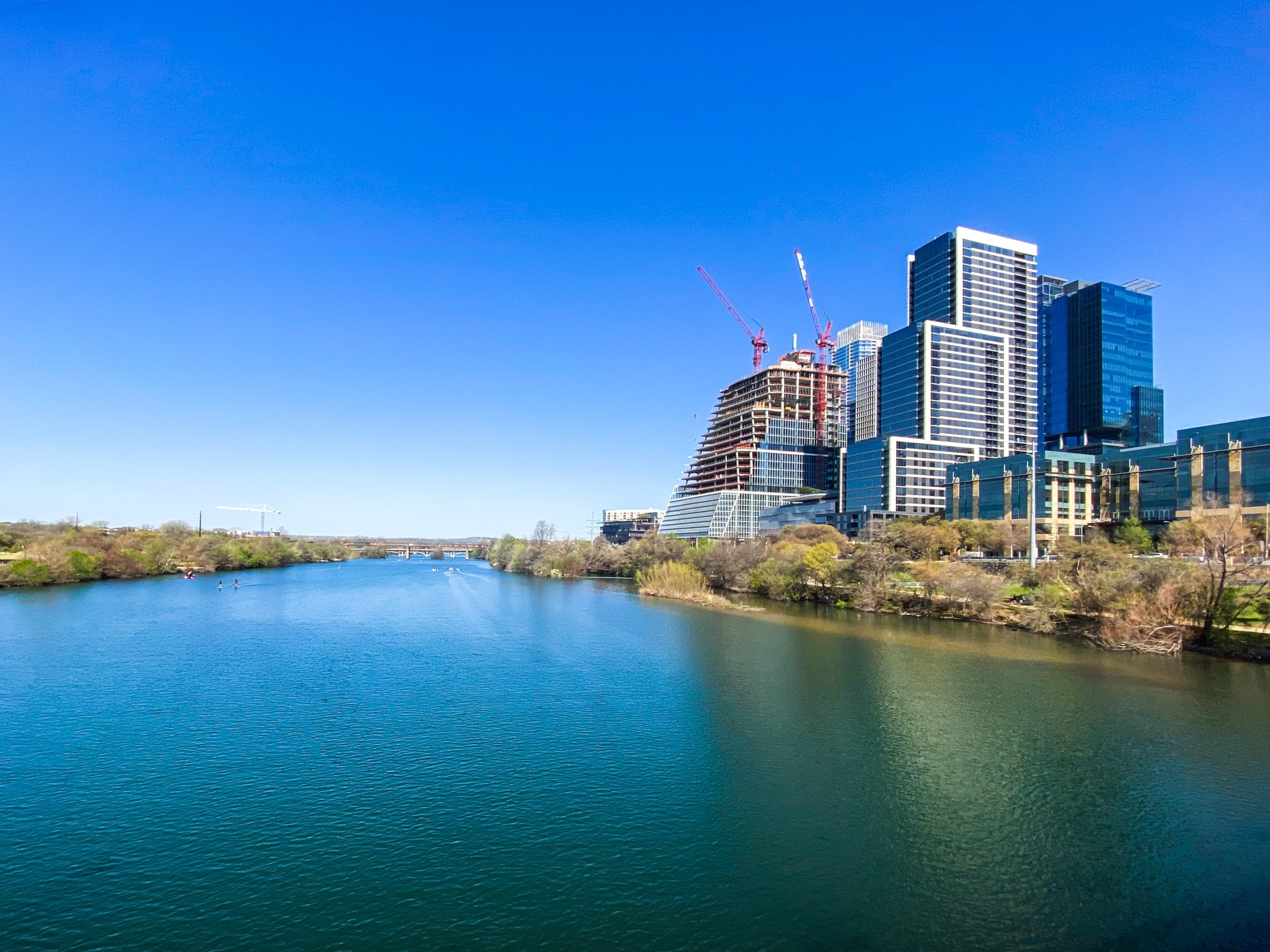 No matter where in the world you ask, countries face the same problems when dealing with water: climate change, population booms, and a high demand for natural resources.

Despite these common challenges many countries have developed unique, ingenious solutions to close the water cycle and boost water’s role in their circular economy.

These ideas are now starting to be used elsewhere. Take for example Ralegan Siddhi, a drought-prone and semi-arid village in western India’s Maharashtra state. Since 1975 the village has used innovative rainwater harvesting methods to transform itself into a model of environmental conservation.

Their water conservation ideas such as ground water ponds and check dams to slow rainwater runoff are now being tested in the Swedish island of Gotland, which suffers from a lack of freshwater.

“Runoff is the issue in both Gotland and in Ralegan Siddhi,” said Rupali Deshmukh, a researcher and country manager of India, Business Development and Marketing at the Swedish Environmental Research Institute.

She says that other water solutions could equally find use abroad. In the West Bengal Region near the Himalayas she studied the water harvesting methods of the SPONGE project. Here a combination of fog and dew-collecting meshes and a conventional rainwater capturing system to provide water for potato formers.

This low-tech, low-cost solution works well for the area’s local farmers, she says. It also allows women to have greater independence in society; previously they had to travel miles each day to collect ground and surface water. Seeing both the social and environmental benefits of circular water solutions has led to India greatly promoting its development, she says.

China too has begun to heavily invest in circular water technology. Its investment is prompted by the massive internal migration it has experienced in the past decade; since 2016 Chinese authorities estimate over 100 million people have moved from the countryside to cities.

The country’s wastewater treatment plant ballooned with the urban population, from around 500 at the beginning of the millennium to over 4000 today. While wastewater finds a second use in industry, park irrigation and street cleaning it often requires a large amount of energy and produces masses of greenhouse gasses and sludge.

Yanjing Zhu, from the Swedish Environmental Research Institute’s China office, says this led to China rethinking how it handles its wastewater. Now a new wastewater treatment plant in Yixing, a city around 150 kilometres from Shanghai, is testing new techniques to bring the industry closer to the circular economy.

One method being tested is removing chemicals found in wastewater such as phosphorous and treating them to be reused. ”They are pollutants in our traditional way of thinking, but we should also see them as a resource,” said Dr Zhu. For example, the plant can recover and treat this phosphorous to create fertiliser for farmers.

The sludge can also be reused by putting it and other organic matter through anaerobic digestion. This produces biogas, which the plant can then use to power the wastewater plant. Any biogas residue can be checked for safety before being sent to farmers as fertiliser.

Urban demands for water also stretch across the Yellow Sea to South Korea. While the country receives around 1.6 times the global mean in rainfall, most of it comes only in the summer, and the country’s steep terrain means that most of it flows out quickly into the sea.

This causes water scarcity in the winter, explains Dr Young H Lee of the Center for Water Resource Cycle Research at the Korea Institute of Science and Technology. While a network of multi-purpose dams provide a stable water supply, wastewater still needs to be treated for irrigation and regulating the flow of rivers during periods of drought.

Like China, South Korea’s wastewater treatment plants also require new technology to save energy and make sure that wastewater is safe for everyone. For now plants regularly use energy-demanding membrane technology, or minerals called zeolite to remove harmful components. These zeolite particles tend to agglomerate together, leading to them removing contaminants less efficiently.

Dr Lee’s research focuses on entrapping micro-sized zeolite particles into porous hydrogels; this allows the zeolite particles to remove contaminants from the water while preventing them from agglomerating together. These hydrogels also have good ‘settleability’ so they can be easily collected later form the filtration tank. 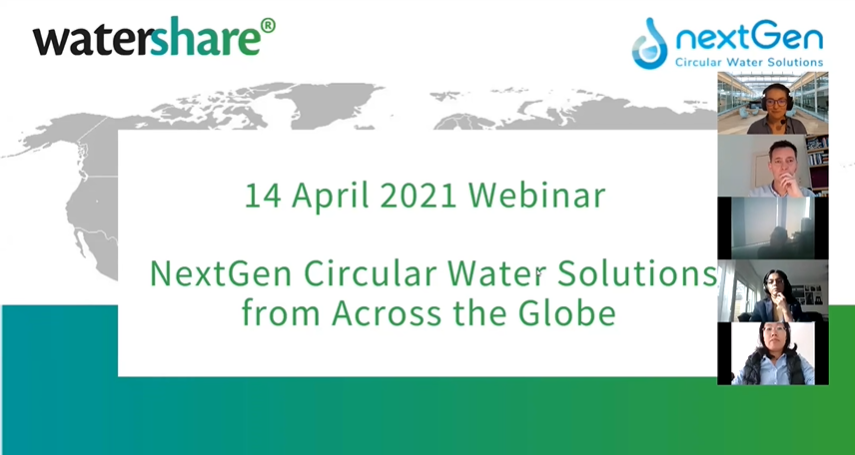 All three researchers were speakers at the recent WaterShare conference, held online on 14 April. In it participants from Europe and Asia discussed their projects bringing water into the circular economy.

It also gave the speakers an opportunity to share how other regional solutions can help with solutions back home. “That’s the reason why the NextGen project are doing these types of seminars,” he said. “We can share our tutorials and techniques to develop circular water solutions. Attendees can get an idea of how to develop these solutions and how to apply to their home countries.”

Rupali’s experience in Sweden has shown her that involving locals in the research and policymaking can give them a sense of ownership and increase its acceptance in society.

“Small seminars can make a big change in Indian mindset,” she says. “If they can be one of the pillars [of lawmaking], then the policy can be robust and easy to implement.”

Conferences such as WaterShare are needed in the research community, says Dr Zhu. ”On the one hand Chinese partners say that they are looking for new technologies abroad,” she says.

‘‘But on the other hand, these technologies perhaps already exist in Europe and abroad. Effective channels to connect China and Europe are lacking.